Prerequisites: A Playbook that has been created

In the Playbooks version-numbering scheme, the major-version number is followed by a decimal point and then the minor-version number. For example, version 5.1 indicates major version 5 and minor version 1. Major versions are created manually by users. Minor versions are automatically created every time a Playbook is activated (i.e., when you hover over the Mode dropdown in the upper-right corner of the Playbook Designer and select Active). 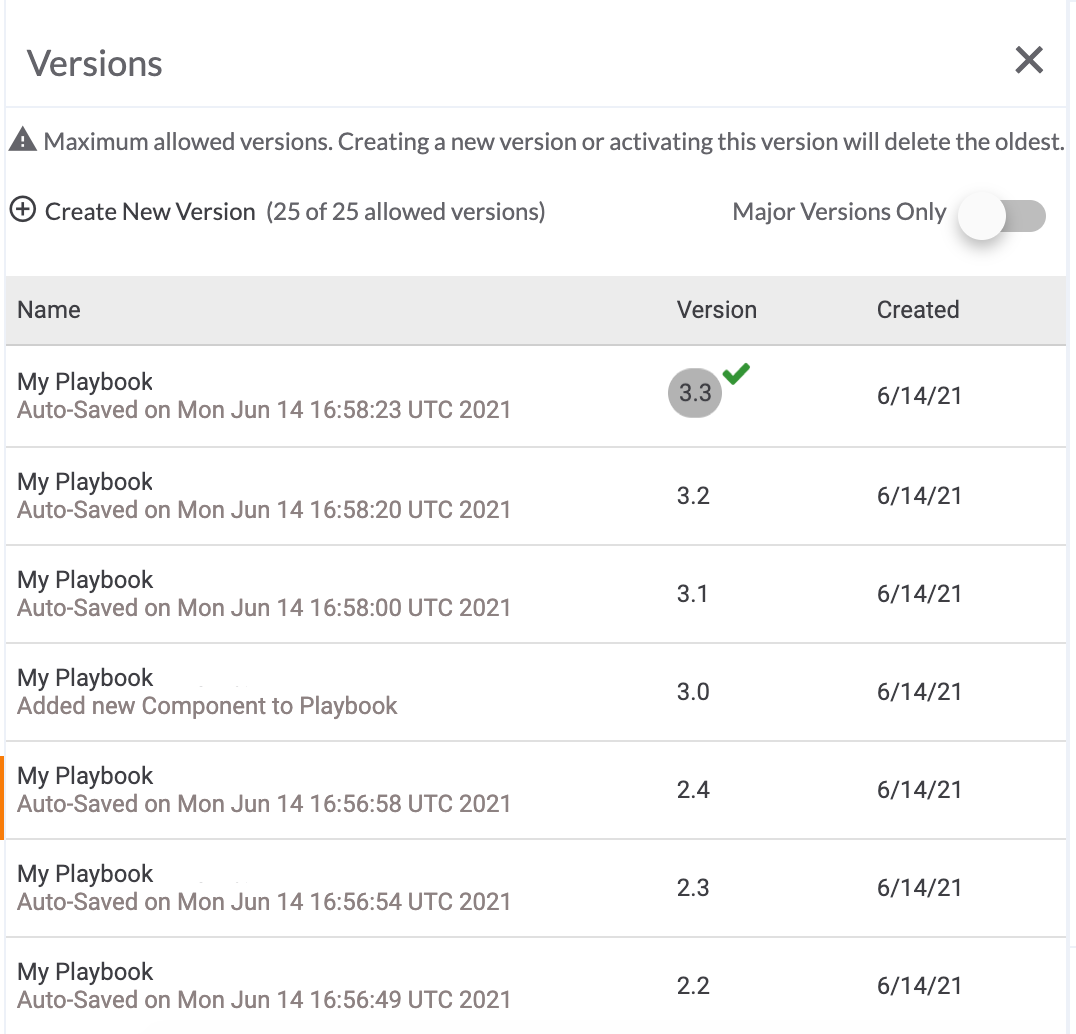 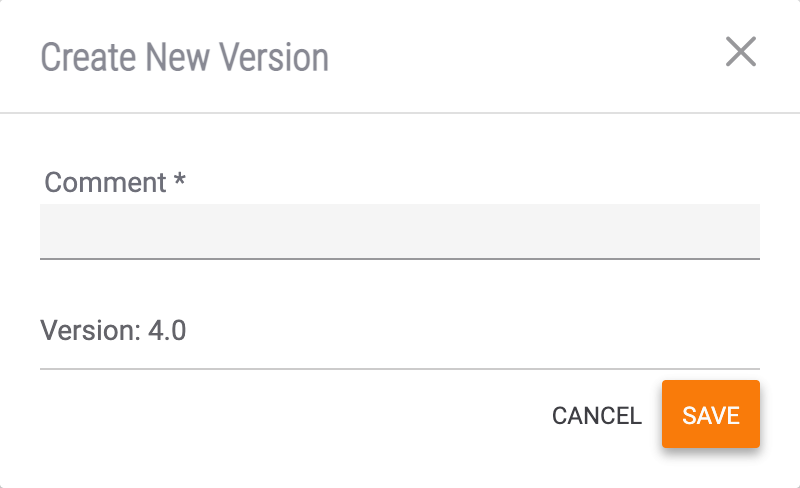 Note
When importing new major versions, you will not be prompted to enter a comment. Instead, a comment that lists the date and time of the import will be automatically displayed for that version in the Versions pane.

To create a new minor version of a Playbook, simply activate it, or, if it is already active, de-activate it, make all desired changes, and then re-activate it.

Editing an Older Version of a Playbook

The simplest way to edit an older version of a Playbook is to use the Edit as Draft feature.

In addition to using the Edit as Draft feature, you can select an older version of a Playbook in the Versions pane to open it in a new tab in the Playbook Designer and then activate it. The Playbook will become the latest minor version in the major-version series for the older version. For example, if a Playbook has versions 2.0–2.5 and you activate version 2.2, then minor version 2.6 will be created, even if there are major-version series that come after the 2.x series (i.e., versions 3.0 and later).