Prerequisites: Playbook Servers configured and deployed by a System Administrator

The Playbooks Activity screen in ThreatConnect® is a control panel on which Organization Administrators can monitor Playbook Server and Worker execution metrics, priorities, and processes for their Organization or instance. From this screen, current, present, and past Worker activity and allocation to Servers can be viewed and Playbook executions can be killed. For more information on Playbooks in general, see the Playbooks category.

On the top navigation bar, hover the cursor over Playbooks, and select Activity. The Activity screen will be displayed (Figure 1). This screen provides metrics and other information on the Playbook Servers, Workers, and queued and completed Playbooks for your Organization or instance. 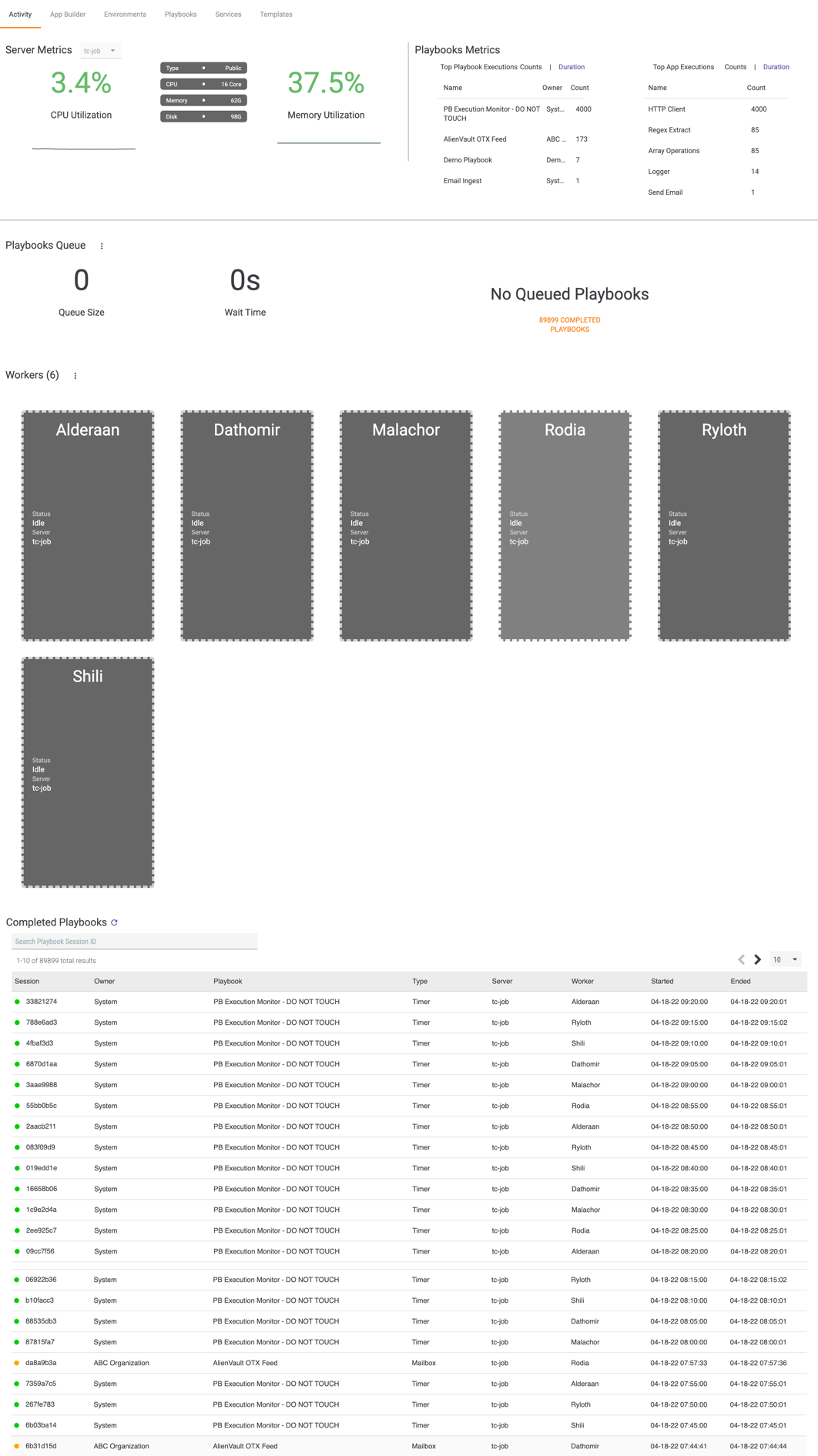 The Server Metrics section (see Figure 1) provides metrics about the Playbook Servers available to your ThreatConnect instance, including the following information:

Use the dropdown menu at the top of the Server Metrics section to select a Server for which to view information. Private Servers will be designated by a lock icon next to their name. In a multi-tenant instance of ThreatConnect, Private Servers are dedicated instances on which users in an Organization can run a Playbook rather than have the Playbook execute through the queue of the pool of Public Servers (i.e., the Default Server Pool). Private Servers should be used for Playbooks of priority or performance requirements that necessitate their execution outside of the Default Server Pool.

The Playbooks Queue section (see Figure 1) provides the following information about the queue of Playbooks waiting for execution in your Organization or on your instance:

Figure 3 shows what the Playbooks Queue section looks like when there are Playbooks in the queue.

menu at the top left of the Playbooks Queue section, which is available only for System Administrators, provides three options for administrating the Playbooks queue:

The Workers section (see Figure 1) provides the number of Workers available to your instance (in parentheses after the Workers heading) and rectangular boxes that represent each Worker. 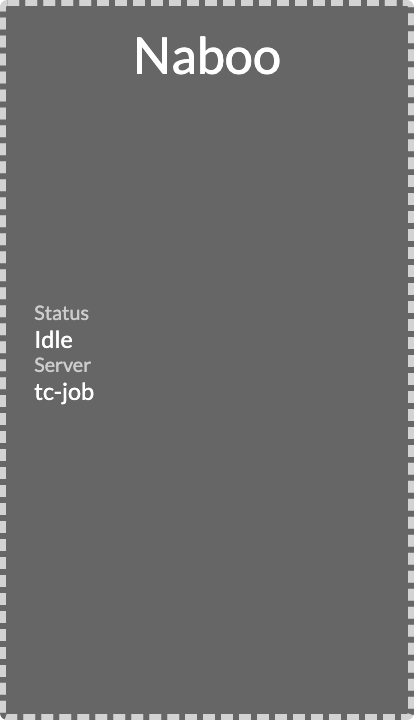 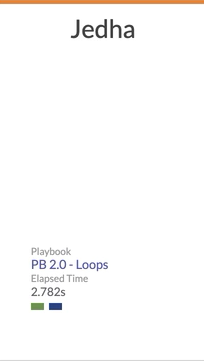 When a Worker is active, hovering the cursor over its card will provide the display in Figure 6. If you hover the cursor over one of the colored boxes, a bubble with the name of the Trigger, App, or Operator will be displayed, as shown in the figure. 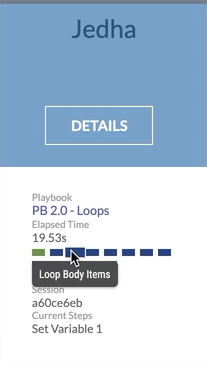 Click the DETAILS button at the top of the card to display the Worker drawer (Figure 7).

Click the KILL PLAYBOOK button in the Worker drawer (Figure 7) to stop a Playbook’s execution.

menu at the top left of the Workers section, which is only available for System Administrators, provides an option for changing the Worker count on your instance. Once you have selected a new number of Workers, refresh the screen to see the changes. Note that the names of some of the Workers may change after the Worker count has been changed.

Important
If more Workers than the number permitted by the system license are added, the Worker count will not be increased. There will be no notification to this effect.