If a Group node represents an Adversary, Intrusion Set, Malware, Threat, or Tool Group and information for that Group exists in ThreatConnect's Collective Analytics Layer (CAL™), the CAL Alias Information and Combine Group Nodes by Alias options will be displayed in the menu when you click on the node (Figure 1). 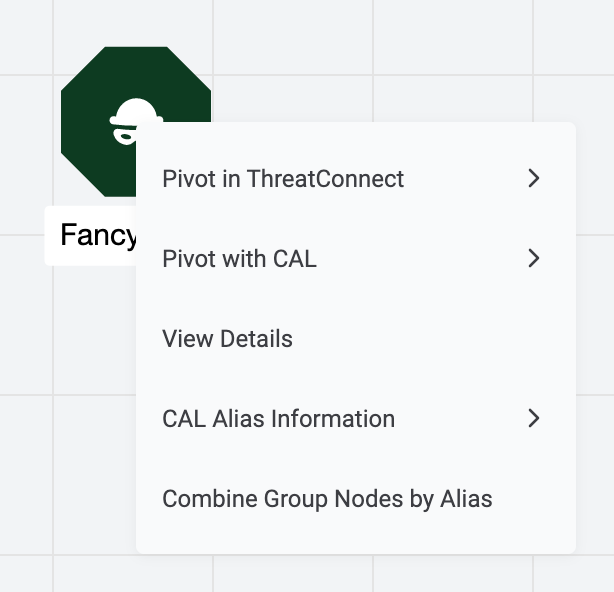 Important
If CAL is not enabled on your ThreatConnect instance or for your Organization, the CAL Alias Information and Combine Group Nodes by Alias options will not be displayed for Adversary, Intrusion Set, Malware, Threat, and Tool Groups for which CAL has information.

Select the CAL Alias Information option to display a scrollable list of known aliases for the selected Group. Figure 2 shows alias information that exists in CAL for the Fancy Bear Adversary and Threat Group-4127 Threat Groups, which is identical for both Groups.

If multiple Group nodes on an object’s graph share a known alias, you can use the Combine Group Nodes by Alias option to combine those individual nodes into a single, compound Group node. This arrangement provides a better understanding of which objects are related to a given Group for which CAL has known alias information.

For example, Figure 3 shows a graph where a user pivoted on the Uses Tool CAL relationship type for the Fancy Bear Adversary and Threat Group-4127 Threat Groups. Based on the alias information provided by CAL (Figure 2), these two Groups share a known alias. 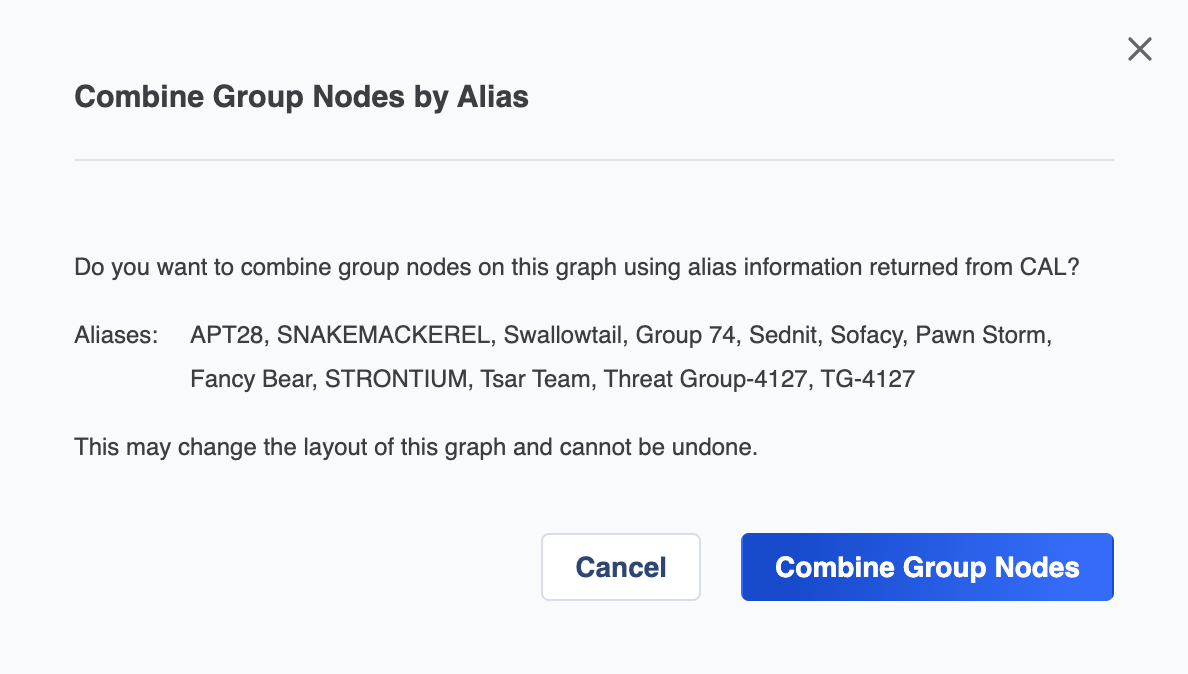 Figure 5 shows the same graph as in Figure 3 after combining the individual Threat Group-4127 Threat and Fancy Bear Adversary Group nodes into a compound Group node. Compound Group nodes feature a blue box that contains all individual Group nodes on the graph that are a known alias of a Group returned from CAL and a node label containing the name of the Group node from which you selected Combine Group Nodes by Alias.

Note
To view associations and CAL relationships for an individual Group node contained within a compound Group node, click the

icon at the lower-left corner of the screen and toggle off the slider(s) for the other Group type(s) contained within the compound Group node.